Learn to Teach Marching Band at DMA! And also TikTok? 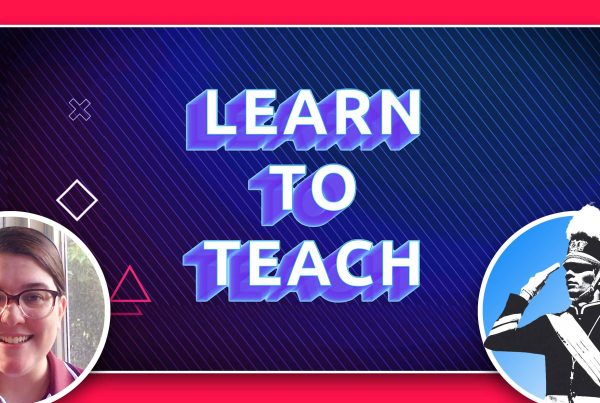 For the last 10 years, she has been living her dream of being a band director, and she credits DMA with giving her the inspiration, motivation, and education to get started.

I went to DMA for the first time for the band track and the first day I was overwhelmed and thought I had made a huge mistake. It was scary!

Throughout the week, I found that these were my people.

I was learning from some people that I had never met before, in situations that my band had never been in before. And I was having a lot of fun.

It was around this time that I started thinking that maybe I wanted be a teacher someday, too.

When I left DMA after my sophomore, year I knew 3 things that were true in my life:

I went back to DMA as a junior and senior, both for the drum major track this time.

I went for the drum major track my junior year, even though I wasn’t going to be a drum major.

But I wanted to start learning some skills, and to get more leadership advice.

It really resonated with me and it made me feel happy with the person I was becoming as a high schooler—which is really hard!

My senior year, when I was drum major of my high school, I went back with an entire new perspective on everything.

After I graduated high school, I went to UMass Amherst. 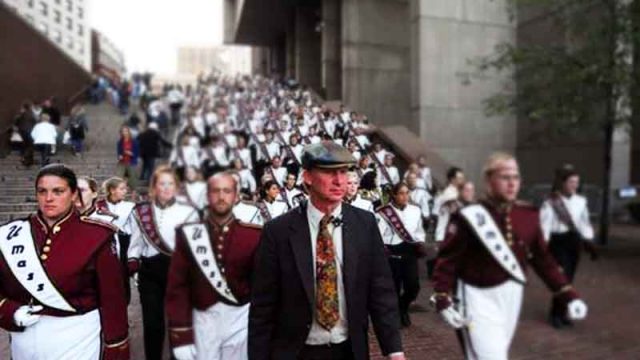 I was in the UMMB, and I was asked to join the Intensely Motivated Power and Class team—our IMPACT team—in 2005.

And I’ve been part of DMA ever since.

While I was IMPACTing, I was also taking my courses to learn how to become a band director.

In the fall of 2010, I got my first job as an elementary school band director in Springfield, MA. I got to start a band program for 4th & 5th graders.

There were some days that were very difficult. I didn’t know how I was going to be able to make it through a lesson with 3 trumpets, 2 clarinets, 5 flutes, and a partridge in a pear tree, but we made it through.

I spent 6 years at that job in Springfield. One of the things that I kept coming back to, when the days would get really really hard, was:

Remember to have fun.

Fun looked at a lot different in the elementary school then it does in the high school where I currently teach.

…Ok, so actually it’s kind of exactly the same teaching in high school, because my students do all of that, too.

We like to keep the fun in a lot of different ways. With everything that has happened in the last trimester, our students have had to get pretty creative with how they see each other.

And TikTok has been a huge part of that. Our sophomores created a video to keep in touch with everybody, and it was a great time. 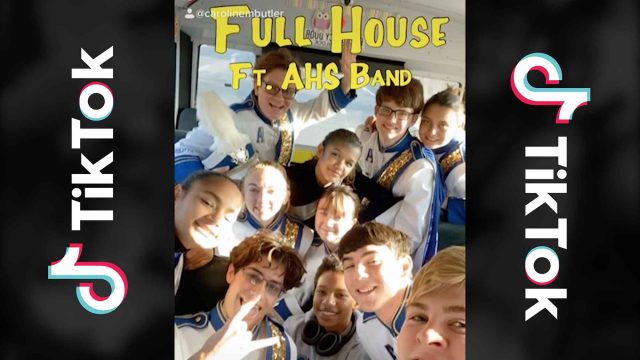 Our marching band show this past year was Queen.

We did the songs:

“Don’t stop me now” kind of became our official anthem.

Our band went on to win our first gold medal this year, which is really exciting.

I went to DMA in 2001 as a student for the first time it really helped me learn that I was capable of so much more than I ever thought possible, and to have fun.

I try to live that every day, and enjoy everything that life throws at me.

And I learned that at DMA.