The Physics of Marching Band: Sound delay is a thing! Why selective hearing is a Drum Major’s best friend. 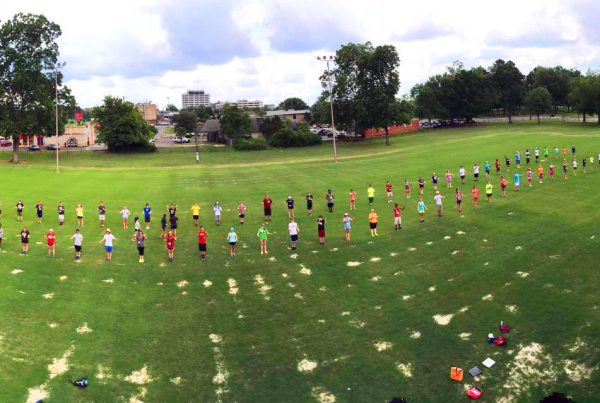 The best Drum Majors understand how sound delay affects their job, and they’re constantly working to compensate. In practical performance terms, this might be the hardest thing a Drum Major does.

The best Drum Majors understand how sound delay affects their job, and they’re constantly working to compensate. In practical performance terms, this might be the hardest thing a Drum Major does.

Here’s a really quick video demonstrating things from the band members’ point of view. It’s less than one minute long, and it should be required viewing for all drum majors!

See what I mean? Front-to-back is never a good idea if timing matters. It has to be back-to-front every time.

Obviously there are plenty of examples when a drum major has to give commands or instructions from front-to-back. Those are fine.

But if tempo matters, it can’t come from the front. We’ll get more into what this means for you as the conductor and what you can do about it later in this post. 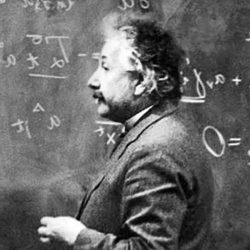 Everyone knows band kids are smart. This is part of the reason.

This is a seriously complex problem we deal with on a daily basis. And it all comes down to physics.

We need to talk about how long one player’s sound will take to reach you, the drum major, and the audience behind you.

What we call sound delay (time) is really a matter of distance.

Physics students know where I’m going with this.

So far, we can figure out the distance from one player to another: let’s call it 20 yards.

And we know that there’s delay happening (a difference in the time when we hear the sound). What’s left out of our equation?

The speed of sound in air is usually about 750 mph—767.269, to be exact (it varies based on conditions like altitude, temperature, and air pressure, but that’s irrelevant for our purposes).

Because at that speed, our ears start to notice differences in sound at distances of only a few yards.

That means that if you’re more than 2 yard lines away from someone on the field, their sound will arrive to the audience at a different time than yours.

So what do we do? 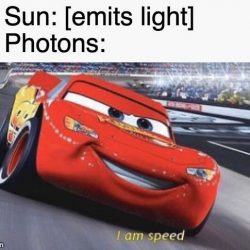 The speed of sound is the killer here. And you’re not going to change the laws of physics. So what should we do about it?

Enter: the speed of light.

Einstein figured this one out a hundred years ago.

[Oops! It was actually a Danish astronomer named Olaus Roemer, like 250 years before Einstein. My bad, y’all.]

And, lucky for us, it’s constant. Why does that matter? Check this out:

That means that light is almost ONE MILLION TIMES faster than sound.

Ok, what does that really mean? 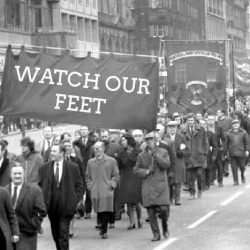 In marching band terms, that means that light, not sound, is the key to tempo maintenance. [Most of the time.]

(It’s also because they wouldn’t be able to hear you over their own playing. Obviously, you guys.)

But think about that for a second:

If the band listened to you for tempo, the laws of physics would cause all sorts of problems. So instead, they watch for tempo.

The opposite has to be true too.

You cannot listen to them to read their tempo. You have to watch them. In most cases, that means watching their feet as they march around the field. 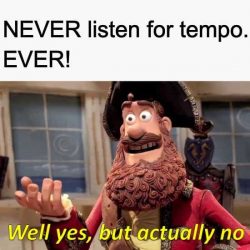 There is one super important exception to the “never listen” rule. And honestly, it’s more common than “never listen.”

It’s really, REALLY important to remember that this article is written for DRUM MAJORS and conductors on the front, back, or side of the field.

The advice I’m giving you here could be REALLY bad for marching members who are on the field.

Because there are LOTS of times when marching members should NOT get their tempo by watching the drum major.

Because the sound travels from the back of the field toward the front (ya know… unless the band is facing a different direction), that means that the sound in the furthest back will reach the audience last.

We covered this earlier, remember?

But that means that members up front (I’m looking at you, trumpets and front ensemble) should listen for that backfield sound, and play with what they hear.

To those up-front members, this will likely feel (look) like they’re playing late—behind the drum major’s conducting. 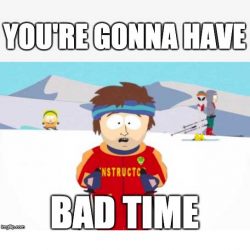 Other dimensions as well!

As members move left-to-right, away from the podium, they add distance between themselves and the conductor. [Hypotenuse, anyone?]

That distance takes time, too. Sound is slow, remember?

So for those outside-the-35 members (what up, woodwinds?), listening back to the battery on the 50 is bad news.

In the video below, drum corps legend and accomplished teacher Bill Bachman has 3 of his students demonstrate sound delay in a bunch of different settings.

The video is long, but worth every minute.

See what I mean? It doesn’t take much distance to cause real sound delay problems. 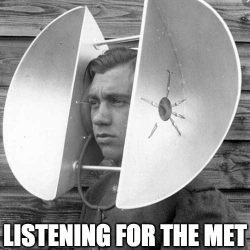 This one applies to a metronome and speaker being placed on a field during rehearsal. Plenty of band programs out there have made this mistake.

The mistake is thinking that the metronome belongs in the front, side, or middle of the field. It doesn’t. It goes in the back center.

In some cases, you might have to move it. Often it’s to train the wind and front ensemble players to listen in a particular direction—usually direction of the battery or drumline.

So what happens when the metronome is in one spot, the winds are in another, and the drum major is in a 3rd?

Who can listen back, and who has to watch?

This amazingly detailed video by Andrew Rogers and accompanying spreadsheet by Brad Sparks explain everything:

This one’s also kinda long. But it’s so worth it. Check it out and please share! 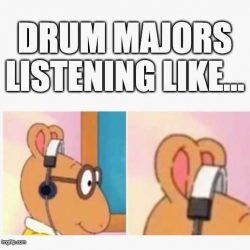 Full disclosure: before teaching band and writing blog posts for a living, I was (am?) a bass drummer.

Bass drummers know all about this.

That’s how Drum Majors need to be, too.

Listen for problems. Use every ounce of energy in your heart, body, and soul to connect with the band and ensure they’re communicating and performing well.

Your turn — How do you deal with sound delay?

We want to hear from you. All bands improve when we work together.

How do you (or how does your drum major) deal with sound delay? Does your band practice it?

Any timing or phasing exercises at your band camp? Tell us in the comments below 👇👇