How to Recruit for Marching Band: #1 Band Recruitment Method 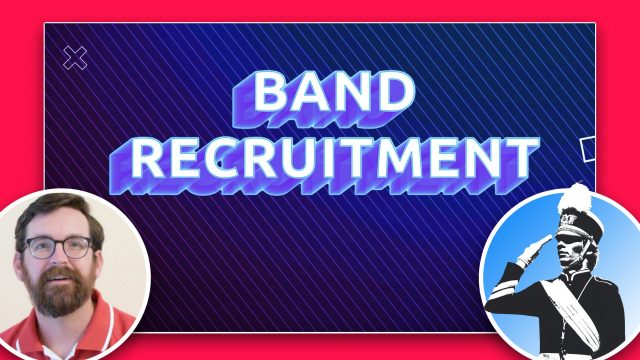 This is it. This is the NUMBER ONE absolute best marching band recruitment method.

I’ve tried them all in my 10 years as a band director. And here’s the method that works best.

If you’re in band, you already know: band is awesome. You also know that band is a whole lot more fun the more people that are involved.

But how do you convince new people to join band? It took me 10 years, but I found the BEST marching band recruitment tool.

In 10 years as a band director, I’ve tried just about everything under the sun to get people to join band.

Through all that, the #1 most successful recruitment method I’ve found is:

One kid saying, “hey you should join the band.”

The members of the band are the NUMBER ONE recruitment tool.

So get to work. 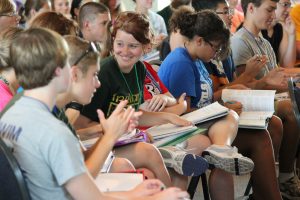 If you’re a drum major, or section leader… or if you’re the 7th-chair trombone player— You hold the power.

Get out there and bring more people into the community that you’re so proud of.

Here’s our challenge to you—

Get the band leadership team together, and start a letter-writing campaign—yes, letters. Handwritten ones.

Not a text. Not a snap. Not anything with emojis… a hand-written letter.

Everybody writes 3 or 4. Write to somebody that you think would be a great candidate for band.

And tell them why you think they would be a great member of the band. 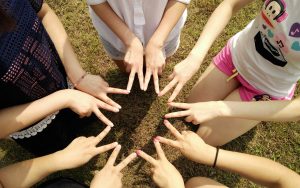 And THEN—get this… put a stamp on it.

Go old school. Put it in the mail. That’ll definitely get their attention.

Don’t have any stamps? Pick up the phone.

Remember telephones? Call somebody that you think would be a great member of the band.

If every section leader called two or three prospective members of the band, I guarantee that’s gonna make a huge difference in recruiting for your marching band.

You hold the power.

You know that band is a life-changing experience. So get your friends to be a part of the marching band community.

Get out there. Take action. And change somebody’s life, the same way that your life has been changed.