The Importance of a Leader’s Attitude 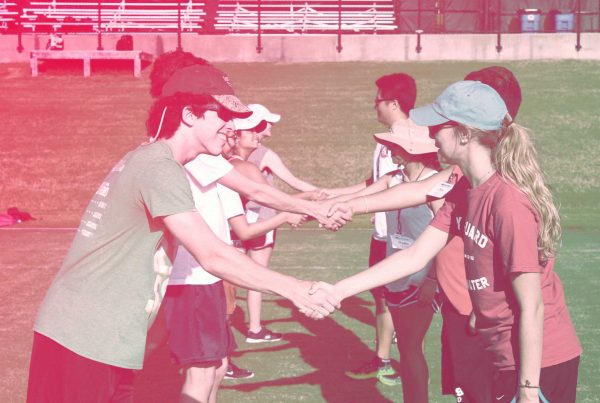 Over the years I have been responsible for selecting countless drum majors to embrace the daunting, never-ending responsibilities connected with their successes both ON and OFF the podium.

During one audition process there were several very qualified candidates vying for the vacant drum major position. After going through the rigorous tests of marching, conducting, teaching and interviewing, I made a selection that took others by surprise. When asked WHY this individual was chosen, the answer was simple:

“HE HAS A GREAT ATTITUDE!”

Then came predictable question from those who didn’t win the audition: “How can you measure ATTITUDE?” The answer:

“BY THE WAY THE PERSON APPROACHES ALL ASPECTS OF HIS/HER LIFE.”

…and the explanation continued, “The drum major must portray the epitome of the finest role model our band members can respect and trust. A positive ATTITUDE is imperative, it is a necessity. It isn’t something you turn on and off; it is something YOU ARE.”

For many years this famous-and-powerful quote (from the pen of Charles Swindoll) has rested on my desk to be viewed and reviewed each day:

The only thing we can do is play the one string we have, and that is our ATTITUDE… I am convinced that life is 10% what happens to me and 90% how I react to it.

And so it is with you… we are in charge of our ATTITUDES.”

Of the many aspects of the George N. Parks Drum Major Academy I hail, the emphasis on LEADERSHIP SKILLS as a keystone of the entire curriculum stands above all.

A DMA graduate is a well-prepared performer *and* a first-class individual who is committed to serving his/her fellow band members with ultimate integrity and an exemplary ATTITUDE.

I had the distinct honor of working alongside Mr. Parks for thirty-plus years. He was A MASTER TEACHER who “walked his talk” with a sense of purpose unknown in common hours.

As a coda to the aforementioned story, the drum major I selected went on to become the Commander/Conductor of THE UNITED STATES AIR FORCE BAND. It appears the right decision was made!

…STRIKE UP THE BAND