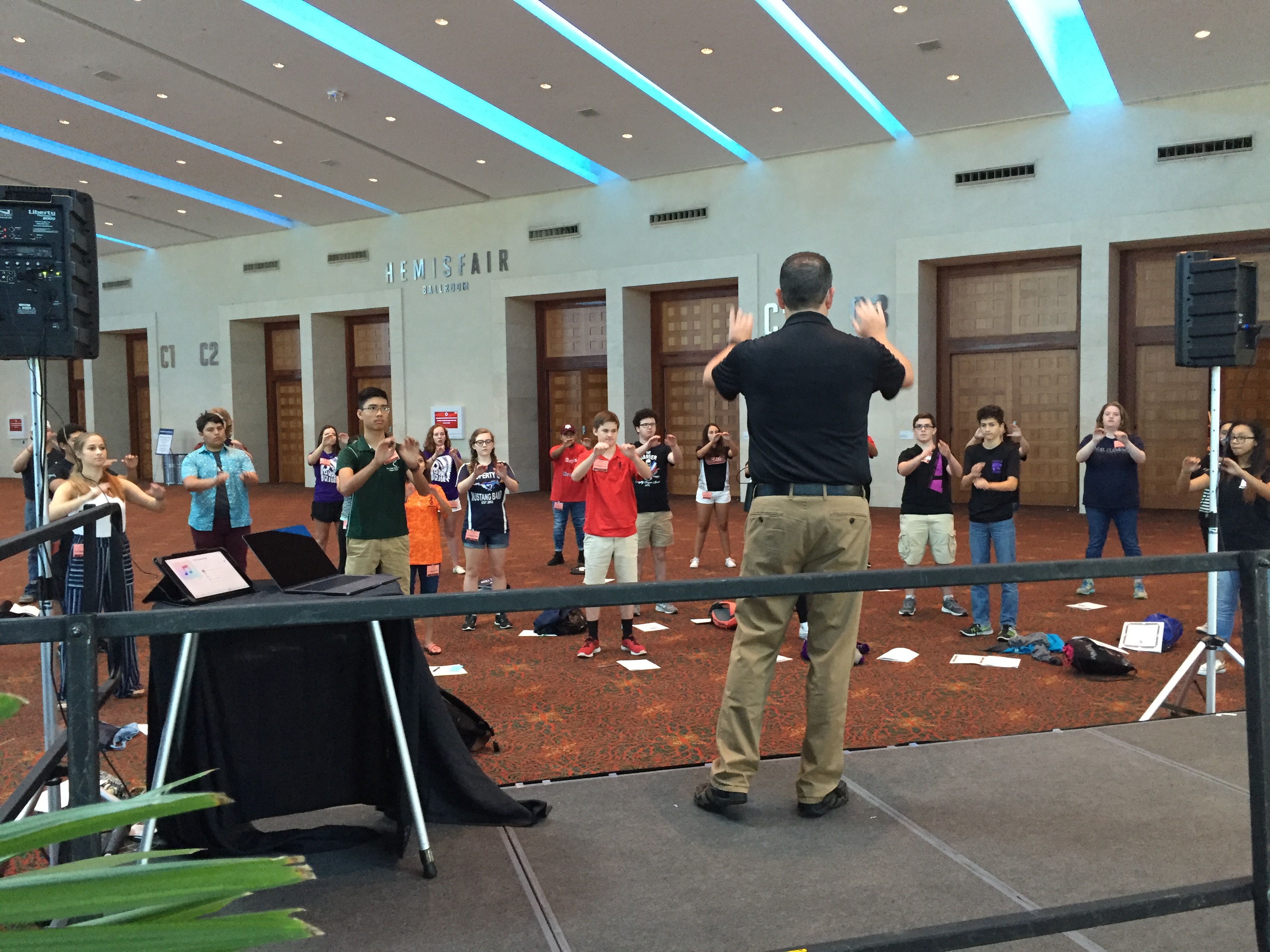 You attended DMA a couple of weeks ago. Band Camp is about to start. The big state convention is underway….so….  What do you do when you’re a drum major in Texas during TBA?

SIMPLE:  take a brush up session with two of DMA’S finest lead clinicians during the Texas Bandmaster Association Student Day!!!

(For those not familiar with TBA–think of it as the MidWest Clinic!  Yes, it’s that large!!)

These sessions are 45-minutes in length and great refresher courses for students who have attended the Drum Major Academy full workshops.  While not meant to be a replacement for a fully immersed experience with DMA, it is a solid way for non-DMA students to learn the basics of clear conducting.

Each session is a pull out elective during the TBA Student Day. By the end of the day DMA has worked with over 150 Texas high school drum majors in this setting. The goal of the session is to review the basic conducting form and motion: movement through time and space.  The goal of every drum major should be to maintain and control a steady tempo. The only way to do that is to have a strong basic pattern!

When combined with a full DMA workshop earlier in the summer, students get a 1 – 2 punch! So if you missed out on DMA this summer as well as these TBA sessions, consider it for 2018!! 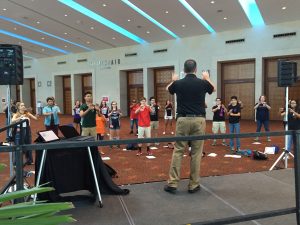 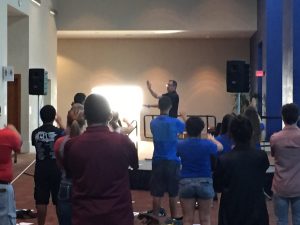