GEORGE N. PARKS DRUM MAJOR ACADEMY; “THERE *IS* NO SUBSTITUTE!”

GEORGE N. PARKS DRUM MAJOR ACADEMY; “THERE *IS* NO SUBSTITUTE!”
– A tribute to George N. Parks –
We are all familiar with the classic line uttered by Tom Cruise in the popular movie, “Risky Business.  The script unfolds to evidence: Without permission (in spite of his parent’s warning) the young teenage lad absconds with his father’s cherished Porsche.  As he enjoys the massive horsepower of this iconic muscle-car, he turns to his passenger and says with delight, “Porsche, there *is* no substitute!”  I have lifted this well-known phrase to best describe today’s most revered drum major training.

The George N. Parks Drum Major Academy (DMA) is the brainchild of George Parks.  The program mirrors his philosophical approach to this critically important aspect of the marching band community.  George’s unique curriculum widens the spotlight-of-leadership and focuses on the drum major as the ultimate role model.  His dream  lives-on through all of his students who trained at the feet of THE MASTER.  The George N. Parks Drum Major Academy: “There *is* no substitute!”

Having had the priceless opportunity and great fortune to share the teaching stage with George, I quickly became aware of his remarkable ability to instantaneously connect with those who sought to embrace the priceless value of his extraordinary (and seemingly endless) talents-’n-wisdom.  He was mission-driven and committed to the theme-of-EXCELLENCE.  George had-the-MAGIC and he unselfishly brought it to every aspect the DMA program.  To this day that one-of-a-kind flavor is the potent elixir and the signature trademark of the Drum Major Academy: “There *is* no substitute!”
During our nearly three decades of annual summer camps-and-clinics, George and I became fast friends, trusted colleagues and surrogate brothers.  Because of this treasured relationship, I evolved into a better teacher, a better administrator and – without question – a better person. All of this was the bountiful harvest of being in the presence of a brilliant educator who redefined the words DEDICATION and PERSISTENCE.  His positive influence was contagious.  It was impossible to be in his presence and NOT give-your-very-best to the responsibilities at hand.  My takeaway from his professional and personal role modeling is beyond measure: “There *is* no substitute!”
A very wise mentor once offered this golden advice:  “If you want to be-the-very-best at what you do, seek out the very best in the profession…then open your mind and your heart; LISTEN, WATCH, and LEARN!”  SPOT ON!  If you desire to be a servant leader/drum major in support of your band’s success, we’ll see you at one of the 2019 George N. Parks Drum Major Academy: “There *is* no substitute!” 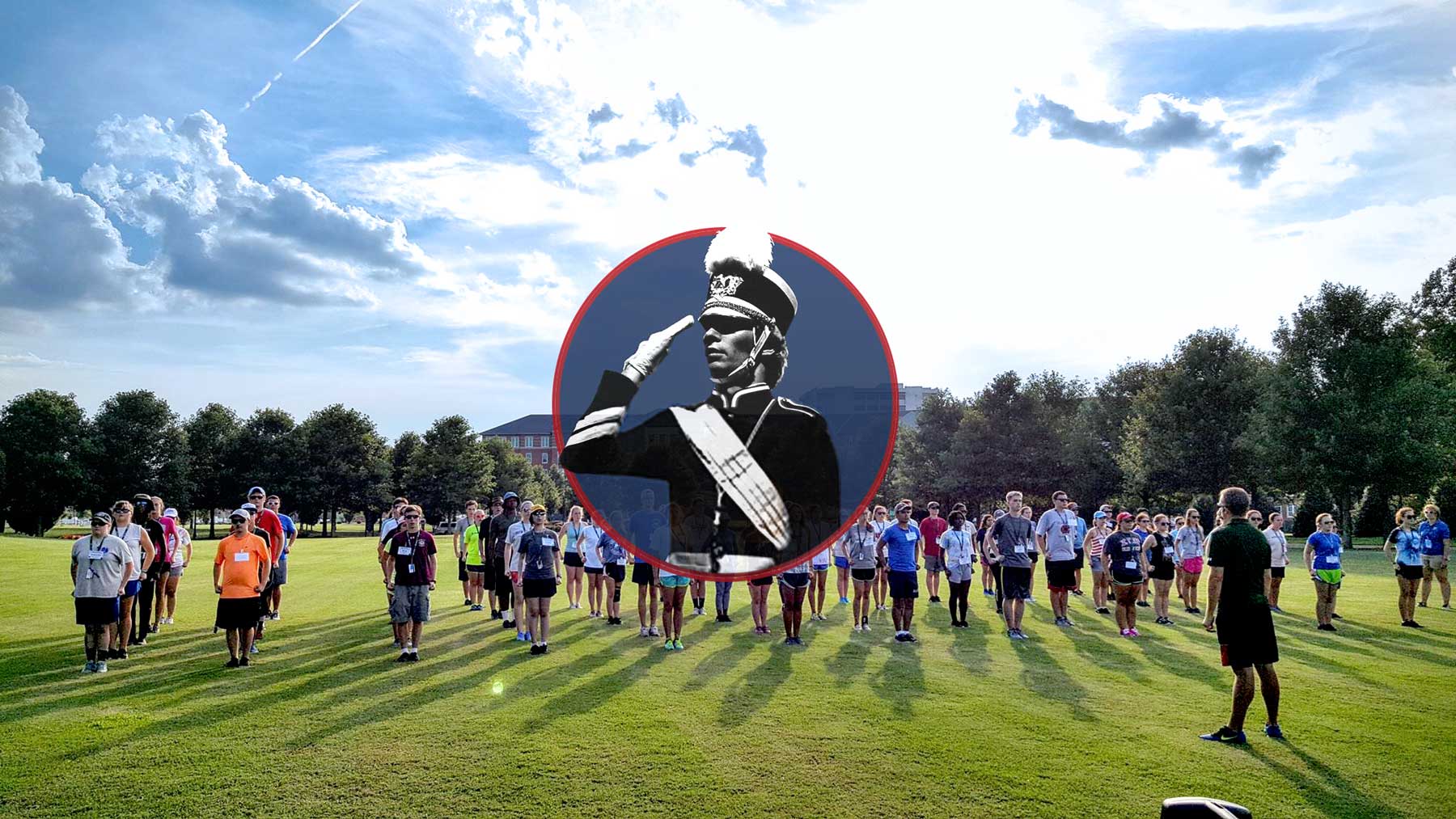